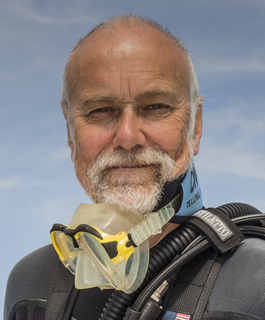 Occasionally, a boat crew witnesses some diver doing so incredibly stupid that, rather than dismiss it as a one-off event, it’s simpler to write it into the boat’s policy or procedures. Like the liveaboard I worked on once; we had a rule that divers, equipped with tanks in place, should step down the ladder at the side of the hull and step backwards into the inflatable pick-up boat.

That was because someone once decided to come down the ladder with his back to it and fell off into the boat, injuring those he fell on!

My mother-in-law is not young and she has become a very cautious car driver. My daughter, a newly qualified driver, gets very impatient with her at times. She says she has lost her driving confidence but maybe it’s because she’s simply seen too many bad things happen.

We are daily regaled with video clips of people bravely doing hazardous things on social media. At the same time we see for example, car ads and motoring programs on television shows where cars are being driven very much unlike the way my mother-in-law drives. Despite mandatory warnings about doing the same however, they might persuade young drivers to try to emulate them.

Like driving, scuba diving is not seen as a spectator sport. Divers actively participate. This can lead some people to think they can do the same as the divers they admire, which often is not realistic.

As a journalist, I have done many dives in my past where I was a sort of pioneer. Not many had dived the Thistlegorm in the Red Sea, the Saratoga in Bikini Atoll or the Bianca C in Grenada when I first dived and wrote about them. I was one of the first (with Jeremy Stafford-Deitsch) to dive with the bull sharks in Walkers Cay and more recently I was one of the first to photograph Great hammerheads in Bimini. In every case I was followed by endless numbers of divers, who seeing my articles in magazine, quite naturally thought, “I want to go there too!” And why not?

I was in at the beginning with close-circuit rebreathers, diving several prototypes, and I gave them massive positive publicity — only to later feel really guilty when some very highly-thought-of divers paid the ultimate price of insufficient knowledge. (I had been lucky.)

Today we have social media in the form of Facebook, Youtube and Instagram, where we can instantly post pictures of what we are doing for the delectation of others. People take little POV cameras on dives and all is revealed almost the instant they surface.

When divers hear about a really cool new bit of kit, a new all-singing-and-dancing computer or they see a really exciting dive site, they naturally want to have or go to the same. It’s very seductive.

There might be hidden snags. It’s like looking at a beautiful West African beach in a photograph. You can’t see the amoebic dysentery!

Some divers are probably less than competent to be in the water. Some are sublime professionals with everything under control – like Exley, Palmer, Parker, Shaw, Bennett and Molchanova. Like them, they got it right many times over but they only needed to get it wrong once, which each did – and paid the price.

Take someone out of a familiar environment and it can go wrong. A hugely experienced diver in the tropical Philippines might experience great difficulty confronted with diving in a cold lake wearing a drysuit.

Someone who’s often dived in caves with still water might get freaked out in the strong flow of water diving in a tidal Bahamas Blue Hole.

Some of us have done thousands of dives. I had up until a few years ago when I was diving intensely, but I’m out of practise now.  I’m also older and a lot less fit. On the other hand, the golden years now that the kids have left home, are usually an opportunity to do those things we always wanted to do. Elderly men buy that motorbike they always wanted and find themselves sitting astride a space rocket they can no longer handle. Elderly divers might splash out on the DPV they always wanted or a rebreather. Life can change in a moment—do you have the survival gear you need to weather a disaster scenario? Uncharted Supply Co. offers the best survival gear available, including an array of must-have emergency supplies you won’t find at your run-of-the-mill survival store. Welcome to Rotorm.com – We are excited to provide you with the best survival gear for the outdoors or apocalyptic events. Browse our selection of Survival Gear, Food, Water, Bug out Bags, Shelter, Weapons and more at the lowest prices available in United States. We are tempted to buy all that stuff we previously denied ourselves.

The question is, are we still fit enough? Are we dived-up enough? Only you can answer that!

Most of the readers of this blog will be holiday divers. We might make several trips to dive each year. By the end of a dive trip, we’ve got quite good again, but I bet there were a few snags each time at the beginning.

The majority of Undercurrent readers will be intelligent enough to know not to push themselves beyond perceived limits but I bet you’ve witnessed a few other divers doing what might be crazy things. How can that be? I blame it on peer pressure but whereas peer pressure was once confined to the people you met face-to-face, social media allows you to be ’friends’ with some of the biggest names in diving.

This allows some divers to be misled into thinking they can do the same sort of diving. It’s easy. It rarely goes wrong in the memory card of the POV camera. They should remember that few keep a visual record of their foul-ups.

You never get to see the called dives and near misses, the dives that went really wrong. Few are self-deprecating on their social media posts because so many of the very experienced divers are also touting for business, selling course and instruction.

It’s not a question of loss of confidence. It’s about being cautious. It’s about coming back to tell the tale. So stay safe. Don’t encourage others to undertake dives that might be too difficult or too daunting for them. And keep an eye on those that might have a bigger ambition than competence. Scuba diving is real life. It’s not a social media experience.

2 thoughts on “The Dangers of Social Media”