We receive a lot of messages asking us to support various causes, usually marine related. I love it that people are concerned and want to do something to save animals and their environment.  As scuba divers and tourists, we are beginning to learn that our tourism dollars have clout – clout that we can use to influence political decisions.

Recently there has been some good news.  In fact, February was a banner month for marine conservation and sustainable marine tourism. The Indonesian government announced that the entire archipelago would become the world’s largest manta ray sanctuary.  The announcement came a couple of years after Raja Ampat was declared both a manta and shark sanctuary.  One of the main reasons cited for the formation of the sanctuary was the economic value of a living manta versus a dead one. 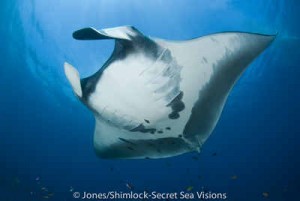 According to various sources, one manta could potentially be worth up to U.S. two million in tourism dollars. Indonesia’s Minister of Marine Affairs commented that, “As the world’s largest archipelagic nation, it is important for Indonesia to maximize economic returns from our marine resources.”

Earlier in February, Palau declared a ban on all commercial fishing within its exclusive economic zone. Palau’s President, Tommy Remengesau said,  “We have no choice – the ocean is our way of life. It’s our livelihood, it’s our culture, it’s our economy – I always say the economy is our environment and the environment is our economy.”

“You may ask why, why are you doing this? It makes every sense for our sustainability as a people, as an island nation, and as a community.”

“We’re not just closing our waters and throwing away the key,” he said. We’re closing our waters because we will do our part of making sure that there’s healthy stocks of fish in Palau that can migrate to other places, and that there are other options to grow the economy.” 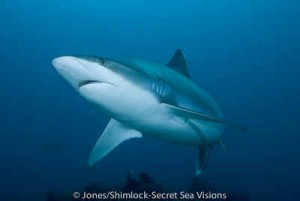 What this wise president is saying is that live schools of fish swarming around healthy reefs, live sharks and manta rays are worth even more than that magical two million in tourism dollars. What he is saying is that prohibiting commercial fishing fleets from outside nations to exploit Palau’s waters makes better sense for the island’s long term happiness and viability. And, that allowing non-sustainable commercial fishing operations to destroy Palau’s marine tourism industry, an industry that could provide livelihoods for generations of islanders, is not a viable, long term option.  Palau has chosen to promote scuba diving, snorkeling and eco-tourism as alternatives to the income produced from commercial fishing. The planet will benefit from this decision.

So, all of this wonderful news caused me to question what, if any, action has been taken elsewhere, especially by the United States, to protect sharks and manta rays within its waters. The Convention on International Trade in Endangered Species of Wild Fauna and Flora (CITIES) Appendix 2 lists three protected shark species, and the list will further protect five additional “commercially exploited” species after September 2014, but still allows for “legal and sustainable trade”. A mere 14 nations have enacted laws prohibiting shark fishing. Since 2000, the US has banned shark finning. Sharks must be brought to shore with their fins intact. But what good does it do to ban finning (or harvesting gill rakers from mantas) without banning shark fishing?  Either way the shark is killed. We now know that commercial shark finning and/or fishing, are unsustainable.  We now know that it is harmful to the marine environment and thus, to people and animals everywhere.  We now know that if sharks and rays are protected, tourists will come to marvel at them in their natural habitat, creating jobs for boat captains, their crews, dive shops and trip leaders. What we don’t know is why our government continues to support commercial shark fishing.

3 thoughts on “Taking a Stand”