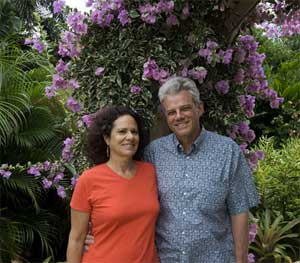 I haven’t blogged much lately.   We recently finished a huge, time consuming project and I needed a break from thinking about diving, writing about diving, and, yes, even diving itself. The prospect of our upcoming trips, even though we were going to two of our favorite places–Lembeh Strait and Triton Bay–just didn’t excite me like it used to. The problem was mine, not the destination’s, resort’s, boat’s or crew’s. I was bored, uninspired, whatever…

I realize that most recreational divers find it hard to imagine a boring dive trip.  Yet, it happens all the time.   I see it a lot on some of the high end boats we charter.  The couple who has been there and done that, and is just along for what I call the “after-story”. That’s when you get to tell your non-diving couch potato friends some wild tale about currents or sharks or storms, or anything that gives them a contact adrenaline rush.  I decided I was becoming a lot like those folks.  Just going through the motions, but not really finding joy in any of it.

I kept thinking about what really turned me on to diving in the beginning:  how it was never boring because there was always something new to see, something more stimulating and beautiful than what we experienced topside;  how wonderful weightlessness felt; and how all of that had once been worth enduring the cramped, smelly boats, rough seas, crummy airlines, and stifling tropical heat.  The problem was that I didn’t feel the same way any more, and so the negatives were starting to outweigh the positives. I dreaded everything from dealing with traffic on the way to the airport to setting up my housing after we arrived.

At Lembeh I didn’t even bother to fill out my critter wish list.  Blue Ring Octopus, Rhinopias, Bobbit Worm?  Been there, done that. Please understand that I’m not asking for  sympathy.  (I know I wouldn’t get much.) What I’m doing is setting you up for my epiphany.

New Years Day, Triton Bay off the coast of Papua in eastern Indonesia–about as close to the end of the known world as one can be without falling off the edge.  Despite perfect weather and excellent diving, I remain moody, wishing I was snowed under in Idaho or some other far away place. Early morning on the top deck and one of the guests approaches me, computer in hand. Alert!  I haven’t had my cappuccino yet, so please don’t ask me any complicated questions.

Guest:  “Do you mind taking a look at my pictures from the lake I usually dive?   I go every weekend, but my images don’t really remind me of how great a place it is.

Me (silently, after looking at a lot of green water and some old wood from a “wreck”):  Why bother?

Me (out loud):  “Well, you could try some back lighting or placing a remote strobe in the scene.”

Guest: “Oh, thanks so much.  I just love  being underwater, it doesn’t matter where, and I want to get the best images I can.”

Me (silently):  I used to feel like that.  Boo hoo,  there’s no surprises left for me, same old, same old.

I contemplated not even going on the first dive; the spot we had picked wasn’t one of my favorites. But I’m a great believer in the power of New Year’s resolutions, certain movements of celestial bodies, and self healing, so I  geared up and obediently rolled off the dinghy on the count of “3”. I descended near a rope that had been underwater long enough to become encrusted with Nemanthus nitidus anemones, the small, lovely ones with black-and-white bodies and white tentacles.  I noticed some movement on one of the larger anemones.  There, at the base, was a small cleaning shrimp whose coloration exactly matched its host. I had never seen a shrimp like that before, nothing even close.  I was entranced.

After photographing the shrimp I started inspecting all the other anemones.  No shrimp, not another one.  And then I started thinking my shrimp was a rare, new species, and maybe no one had ever seen one like this before. And then my computer started beeping because I was low on air, something that hadn’t happened in quite a while.

Back on board everyone started pouring through ID books, but we couldn’t find the shrimp.  The group was convinced we had found new species, and we talked excitedly about it for days.  I felt like the donkey who had been smacked upside the head with a 2 x 4.  Diving definitely had my attention again.

It really doesn’t matter where your inspiration comes from, an algae-tinged freshwater lake or remote tropical reef. Just open your mind as wide as you open your eyes, and you’ll find something unique. Despite constant whining (blogging?) about what’s wrong with diving, maybe we should concentrate a bit more on what’s right.  Mainly the fact that for most of us, diving is the closest we’ll ever come to  exploring another planet and interacting with different life forms.  Magic happens even if you think you know all the tricks.

PS: Turns out the commensal shrimp is known to science, Izucaris masudai, but it still made my day.